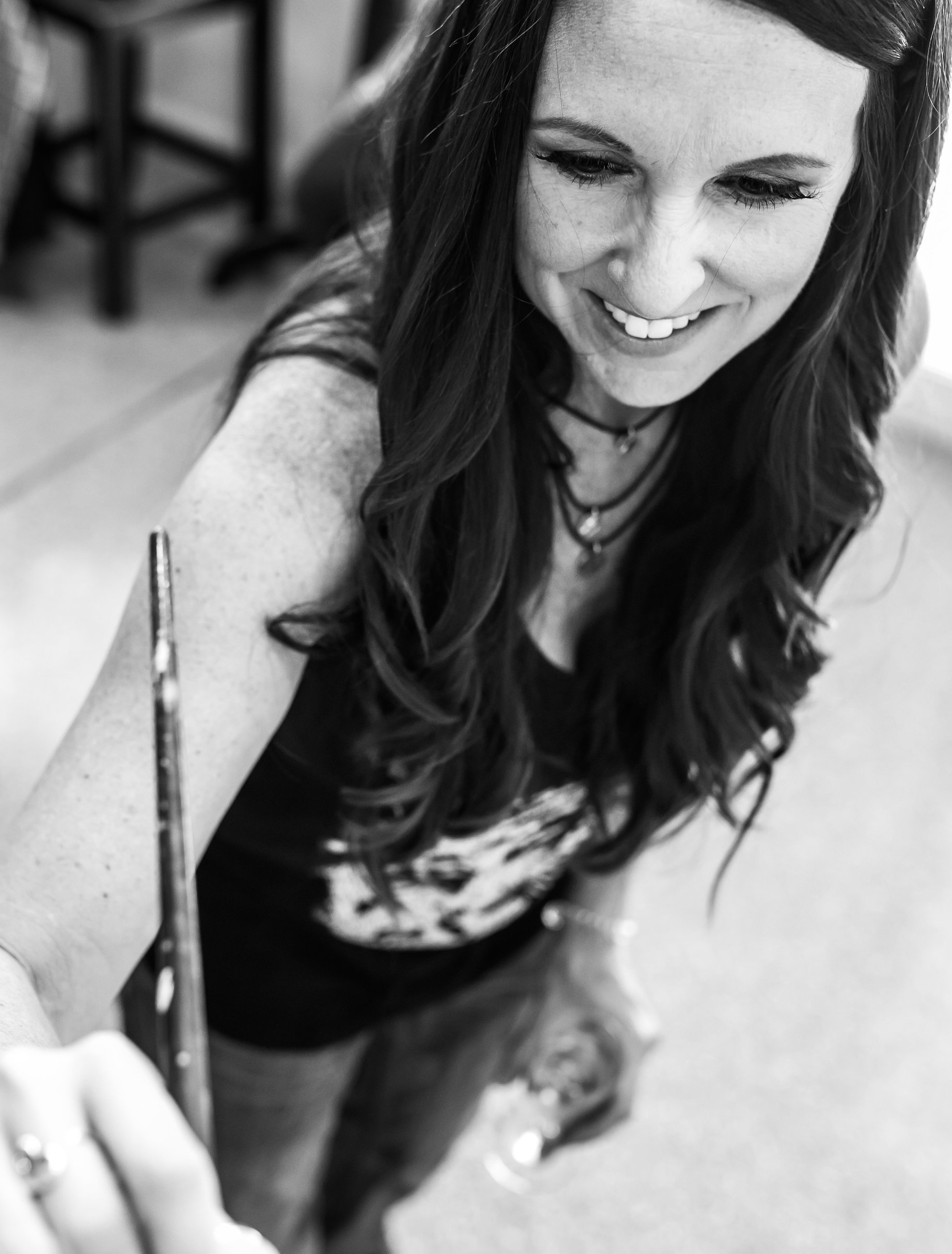 April Howland has been been a professional artist for over 20 years. After studying under a wonderful art mentor in Sedona, Arizona and receiving her degree, she sought out various acclaimed artists and instructors and began honing her fine art skills.

Inspired by nature and animals, April’s primary focus remains steady in her thriving wildlife series and domestic animal portrait business. As she travels the globe from Alaska to Africa for inspiration, April’s eye for composition and design combined with her love of color enables her to create rich and unique art pieces. Her one of a kind style is a successful blend of contemporary and realism. She uses a variety of materials to accomplish her works but her methodology remains consistent.

April’s works have been in a number of juried shows and has shown in various galleries including in Santa Fe, NM. April has been featured in a variety of publications and television news programs for her artwork which include Phoenix Home and Garden, Images Magazine, Voyage Magazine, Scottsdale’s Foothills Focus, The Arizona Republic, PBS Horizon Arizona, Phoenix People, The Barking Beast San Diego and many local NBC, FOX and ABC news programs. She is also one of the co-founders of the ever growing “Art on the Wild Side” program at the Phoenix Zoo and works to fundraise with the Africa Foundation to build school kitchens in rural areas of Africa. April has many collectors both national and abroad. She resides in Central Phoenix, Arizona with her husband and a small group of rescue animals.

"To me, each piece of art is a BEAUTIFUL learning experience with amazing shapes and tones."